What you can achieve in 9 days? 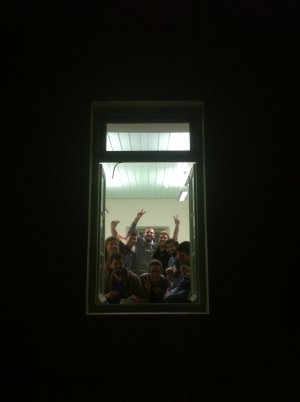 During an intensive workshop (15-23/4/2013), 5 post-graduate and 5 undergraduate students of the Department of Product and Systems Design of the University of the Aegean produced a robot-like character called Kosmas 500.

Using 4 Arduino processors, 1 gyroscope, one small display, a few sensors and accessories, the students implemented a character that turns around, flashes the eyes, plays music and sounds, and reacts in the presence and/or absence of the audience.

In the photos hereafter you can see the group of students chearing their success after a hard production work terminated at 3.30 in the morning on the 23rd of April, and Kosmas 500 as it was exhibited in the Lab a few hours later.

The invited professor for this intensive workshop was Agelos Floros from the University of Thessaly who was also responsible for the Physical Computing workshop during XARTS 2013 Summer School.

Congratulations to the team ! 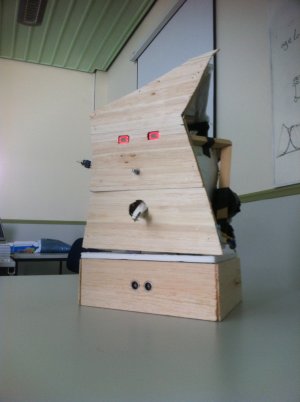