The eBiz Summer School lectures will take place at the Aegean University premises. 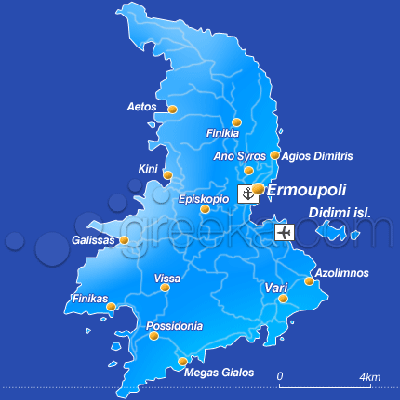 Ermoupoli (Greek: Ερμούπολη), also known by the formal older name Ermoupolis or Hermoupolis (Greek: Ἑρμούπολις < Ἑρμοῦ πόλις “Town of Hermes”), is a town and former municipality on the island of Syros, in the Cyclades, Greece. Since the 2011 local government reform, it is part of the municipality Syros-Ermoupoli, of which it is the seat and a municipal unit. It is also the capital of the South Aegean region.