Heath Cabot is an assistant professor of anthropology at the University of Pittsburgh. She completed her M.A. (2005) and PhD (2010) at the University of California, Santa Cruz, and she has since held postdoctoral positions at Princeton University and the University of Sussex. She is a legal and political anthropologist whose research interests lie in the areas of aid distribution, ethics and epistemology, and citizenship. Her first research project focused on the asylum procedure in Greece, humanitarian aid and human rights professionals, and the everyday effects of EU and Greek law and policy. She has recently begun a new project on social solidarity pharmacies and the (re)distribution of pharmaceuticals and care in the face of a healthcare crisis in Greece. Her work has been funded twice by the Fulbright Foundation in Greece, the WennerGren Foundation for Anthropological Research, The US National Science Foundation, and the Woodrow Wilson National Fellowship Foundation. She is also the co-editor of the Political and Legal Anthropology Review.

(2014) On the Doorstep of Europe: Asylum and Citizenship in Greece. &

(2013) The social aesthetics of eligibility: NGO aid and indeterminacy in the Greek asylum process. American Ethnologist 40 (3): 452-466 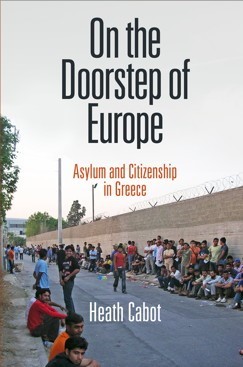 Jane Cowan is Professor of Social Anthropology at the University of Sussex and for academic year 2018-2019, is Jane and Aatos Erkko Visiting Professor at the Helsinki Collegium for Advanced Studies at the University of Helsinki https://www.helsinki.fi/en/helsinki-collegium-for-advanced-studies/people/current-hcas-fellows-a-n#section-58243. At Sussex, she is Co-Director of the Sussex Rights and Justice Research Centre, as well as a member of the Sussex Centre for Migration Research and the Centre for Gender Studies. She received an MA (1982) and PhD (1988) in Sociocultural Anthropology and Ethnomusicology from Indiana University, Bloomington. From 2002-2005 she was Head of the Anthropology Department at the University of Sussex. Funded by the Macarthur Foundation and British Academy Leverhulme, Jane has carried out archival research at the League of Nations Archives and has published a series of articles since 2003 focusing on claims for rights and for Macedonian nationhood made on behalf of the so-called ‘Bulgarian minorities’ in Yugoslavia and Greece; she is now writing a book on this material. In 2010-2011, funded by the British Academy, Jane carried out fieldwork (with Julie Billaud) on the Universal Periodic Review, a new (since 2006) United Nations human rights monitoring mechanism in Geneva. She has authored two books, Dance and the Body Politic in Northern Greece (Princeton, 1990) and Macedonia: The Politics of Identity and Difference (Pluto, 2000), and has co-edited (with M. Dembour and R.Wilson) Culture and Rights: Anthropological Perspectives (Cambridge, 2001). From 2008, she was an active member of the international academic network, EastBordNet, and currently serves on the advisory board for the ERC and Academy of Finland funded project, CrossLocations, both headed by Professor Sarah Green.

Author of (2014) ‘Between learning and schooling: The politics of human rights monitoring at the Universal Periodic Review’ (with Julie Billaud)  http://sro.sussex.ac.uk/id/eprint/53814/ 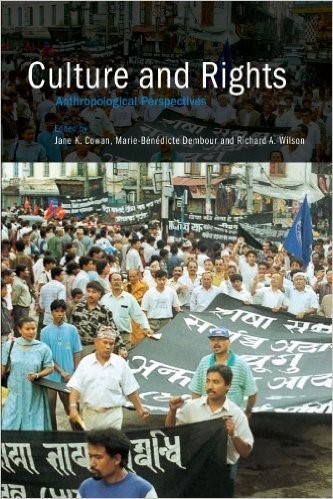 Sarah Green is Professor of Social Anthropology at the University of Helsinki. She is a specialist on location, borders and spatial relations, though the subject matter of her research over the last 20 years has been diverse and has included among others the politics of gender and sexuality, conceptions of the environment, circulation of money in the Aegean, border relations on the Greek-Albanian border and, most recently, the shifting concept of border in the eastern peripheries of Europe. Her publications include Notes from the Balkans (2005; Princeton University Press) winner of the Douglass Prize for best contribution to Europeanist Anthropology; and Urban Amazons (1997), an ethnography on separatist feminists in London. In 2008, Professor Green launched an international research network, EastBordNet dedicated to developing new approaches towards the study of borders on the eastern peripheries of Europe, from the Baltics and environs down to the Balkans and environs. The network (EastBodNet) now involves 27 countries and over 280 researchers.

Co-author of (2013) Borderwork: A visual Journey through Peripheral Frontier Reginos.

Author of (2005) Notes from the Balkans: Locating Marginality and Ambiguity on the Greek-Albanian Border.

Laurie Kain Hart is Professor of Anthropology at the University of California at Los Angeles and former Edmund and Margiana Stinnes Professor of Global Studies and Chair of the Department of Anthropology at Haverford College. She holds a Master of Architecture from the University of California, Berkeley, and a PhD in Anthropology from Harvard University. Her research interests include a) violence, civil war and "ethnic cleansing"; ethnicity, religion, pluralism, geopolitical borders b) space, architecture, art, material and visual culture c) medical and psychoanalytic anthropology, public health risk environment d) kinship and gender. She is the author of Time, Religion, and Social Experience in Rural Greece (1992), editor of Good People in Evil Times (Narratives of Bosnian War by Svetlana Broz) (2005), and co-editor of When Women have Differences: Oppositions and Conflicts among Women in Contemporary Greece, as well as author of articles on the long term effects of civil war, ethnic displacement, and violence. Her recent work focuses on Northern Greece (on former child political refugees of the Greek Civil War) and urban Philadelphia (collaborative research on urban segregation and social marginalisation, incarceration, and the medicalisation of poverty).

Author of Culture, Civilization, and Demarcation at the Northwest Borders of Greece (1999) &

Good People in an Evil Time: Portraits of Complicity and Resistance in the Bosnian War. (2005) 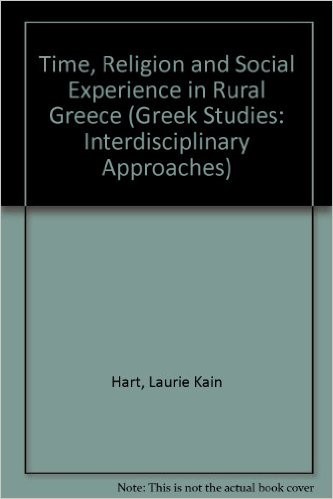 Barak Kalir is Associate Professor at the Department of Sociology and Anthropology at the University of Amsterdam. He is co-director of the Institute for Migration and Ethnic Studies (IMES) and program director of the two Masters Programmes. From 2006 to 2009 he was a post-doc researcher and programme coordinator of the WOTRO/NWO Integrated Programme: Illegal but Licit on transnational flows in Asia. He has published several articles and book chapters on the subject of migration, like ‘Uncovering the Legal Cachet of Labor Migration to Israel’ in David and Koslowski (eds.) Global Human Smuggling Johns Hopkins University Press (2011). His book Latino Migrants in the Jewish State: Undocumented Lives in Israel (Indiana University Press, 2010) has been nominated for the Book Prize awarded by the Society for Economic Anthropology and has been awarded the highest recommendation at the influential American review Choice. Kalir has also co-edited with Malini Sur “Transnational Flows and Permissive Polities: Ethnographies of Human Mobilities in Asia” IIAS Publication Series, Amsterdam UP (2012). He is currently directing a 5-year ERC-funded research project on the Social Life of State Deportation Regimes (The Social Life of State Deportation Regimes: A Comparative Study of the Implementation Interface) in Spain, Greece, The Netherlands, Ireland, India, Israel and Ecuador.

Author of The deportation continuum: convergences between state agents and NGO workers in the Dutch deportation field (2015) &

The Jewish State of Anxiety: Between Moral Obligation and Fearism in the treatment of African Asylum Seekers in Israel. (2015) 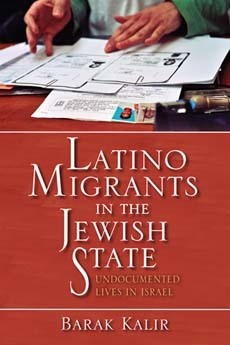 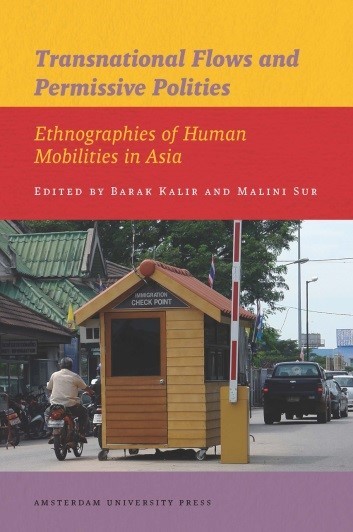 Flip Lindo took his BA in Sociology and his MA in Anthropology at the University of Amsterdam (1981). He holds a PhD in the Social Sciences from Utrecht University (1996). He worked as a Senior Research Fellow and Lecturer in the Department of Sociology and Anthropology of the University of Amsterdam, until his retirement in 2013. He has done fieldwork in Northern Greece and the Netherlands. His research topics included immigrant youth, interethnic relations, and processes/discourses of inclusion and exclusion. Nowadays he does not research anymore, but volunteers for the Dutch Council of Refugees (VluchtelingenWerk), helping refugee families who have settled in his home municipality. He remains actively interested in how people make sense of experiences from their successive face-to-face interactions pertaining to their decision to flee their home, to the preparation of their journey, to the journey itself, to their reception in the Netherlands, to their processing into "licensees" ('vergunninghouders'), to the trials and tribulations of the requirement of 'civic integration' ('inburgering') and to their settling in locally while trying to remain reconciled with their loved ones who are far away.

Evthymios Papataxiarchis is Professor of Social Anthropology at the University of the Aegean where he directs the Postgraduate Program on “Social and Historical Anthropology” and the Laboratory of Ethnography. He holds a Bachelors and a PhD degree in Social Anthropology from the London School of Economics. Professor Papataxiarchis has taught as a visiting professor in the Universities of Athens and Crete, in the École des HautesÉtudesen Sciences Sociales (Paris) and in Bogadici University (Istanbul). His publications include Lilies of the Field: Marginal People Who Live for the Moment, (ed. with S. Day and M. Stewart, Westview Press, 1999), Adventures of Alterity: The Production of Cultural Difference in Contemporary Greece, (ed., Alexandria Publications, 2006, in Greek), Worlds of Domestic Labour: Immigration, Gender and Cultural Transformations in early 21th century Athens, (with Penelope Topali and Aggeliki Athanassopoulou, Alexandria Publications, 2008, in Greek). He has also edited special issues of Ethnologie Française(v. 35, 2005) and Synchrona Themata (v. 98, 2007 and v.107, 2009) on cultural differentiation and the challenge of migration in contemporary Greek society.

Adventures of Alterity: The Production of Cultural Difference in Contemporary Greece (2015) (Second edition, in Greek) 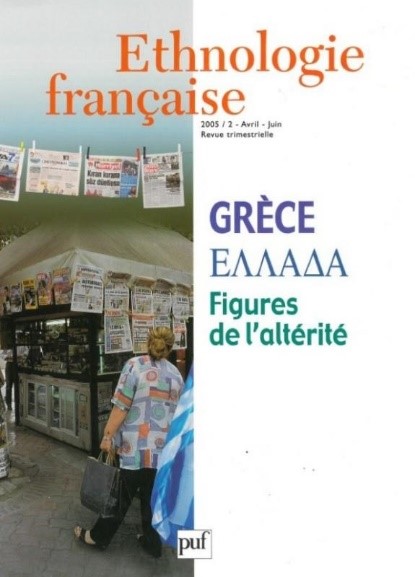 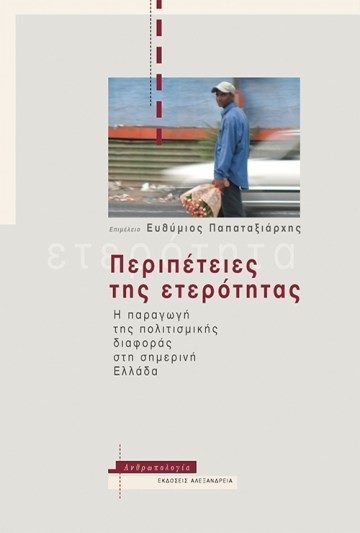 Effie Plexousaki is Assistant Professor of Social Anthropology at the Department of Social Anthropology and History at the University of the Aegean. She has studied Law (BA, National and Kapodistrian University of Athens) and holds a Master and a PhD degree in Ethnology and Social Anthropology from the École des Hautes Études en Sciences Sociales at Paris. She has taught at the University of Crete, Panteion Panepistimion (Athens) and at University of Athens. She has participated as a basic researcher at a long-term educational intervention titled “Education for the Muslim Minority Children in Thrace”, funded by the European Social Fund and the Greek Ministry of National Education and Religious Affairs (EPEAEK I and EPEAEK II). From 2002 to 2013 was member of the Scientific and Coordination Comittee of the above project. Her research interests focus on anthropology and ethnography of the Mediterranean, on minorities and education and on inter-ethnic relations and sociality. She is the author of the book “Culture and school” (2004) conceived as training material for teachers who work with minority children in Thrace (The “Keys and Master-Keys” Booklet Series, Web-site http://www.kleidiakaiantikleidia.net), and has edited the book “Metamorphoses of nationalism: Performances of the collective identity in modern Greece” (2014). 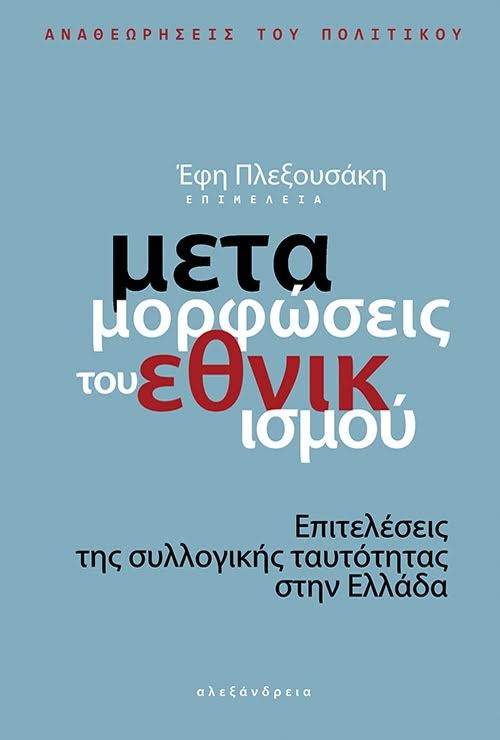 Marica Rombou-Levidi studied Politics with Sociology at the Polytechnic of Central London (PCL) and Birkbeck College (University of London) in the 1970s. She received her PhD in Anthropology from the University of Sussex in 2009. She also studied, performed, and taught various forms of dance at the Royal Ballet School (London), The Place (London), and in Athens. She has worked for many years in primary education in the field of cultural programs for young children. During the last twenty five years she has engaged into long-term ethnographic research on the relationship between the cultural and the political in Northern Greece, focusing on the northern borderlands of the country. She has lectured on anthropology of music and dance at the department of Popular and Folk Music of the Epirus TEI and on the anthropology of nationalism and ethnicity at the Anthropology Department of Panteion University, Athens.

She is the author of two ethnographies:

Life under surveillance. Music, dance and the formulation of subjectivity in Macedonia. (2016) (in Greek), which focuses on the relation between cultural practices and the processes of identification in Eastern and Central Macedonia – Greece and

Co-author of Audiovisual Media and Identity Issues in Southeastern Europe. (2011)

Co-author of several other books in Greek. 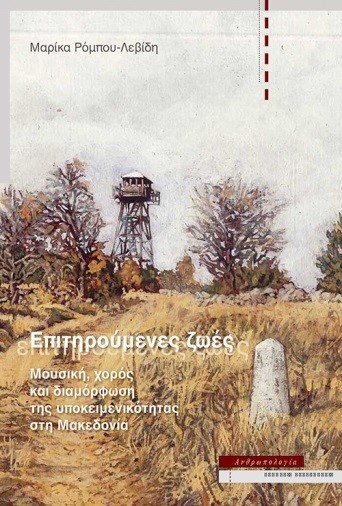 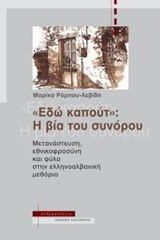 Katerina Rozakou is an assistant professor of anthropology at Panteion University of Social and Political Sciences. Her research interests include humanitarianism, volunteerism, solidarity, the state, sovereign power, and migration. She received her PhD in Social Anthropology at the University of the Aegean and she has worked as a postdoctoral researcher at Princeton University and at the University of Amsterdam. Her most recent project was an exploration of the governance of the “migration crisis” in Greece and state/ non-state practices of deportation. Her publications include the monograph "Out of 'love' and 'solidarity': Voluntary work with refugees in early 21st century Athens" (2018; in Greek, English version in preparation) and the co-edition of the volume “Greek paradoxes: Civil society, patronage and violence” (2013).

(2012) "The biopolitics of hospitality in Greece: Humanitarianism and the management of refugees", Journal of the American Ethnological Society 39 (3): 526–577  &

(2011) The Pitfalls of Volunteerism.The Production of the New, European Citizen in Greece. 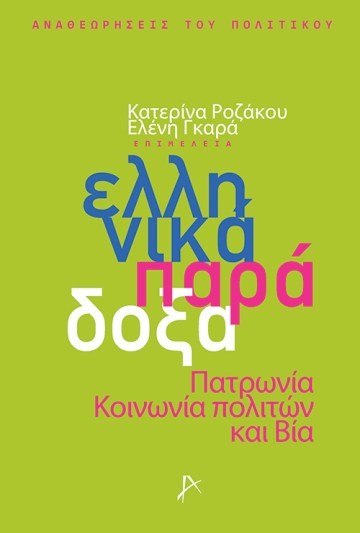 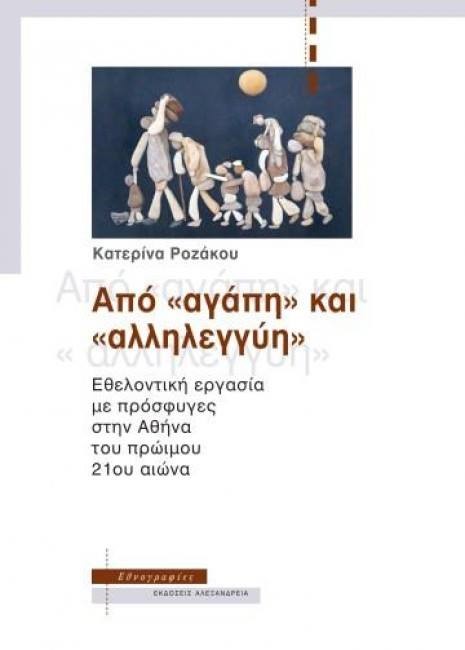